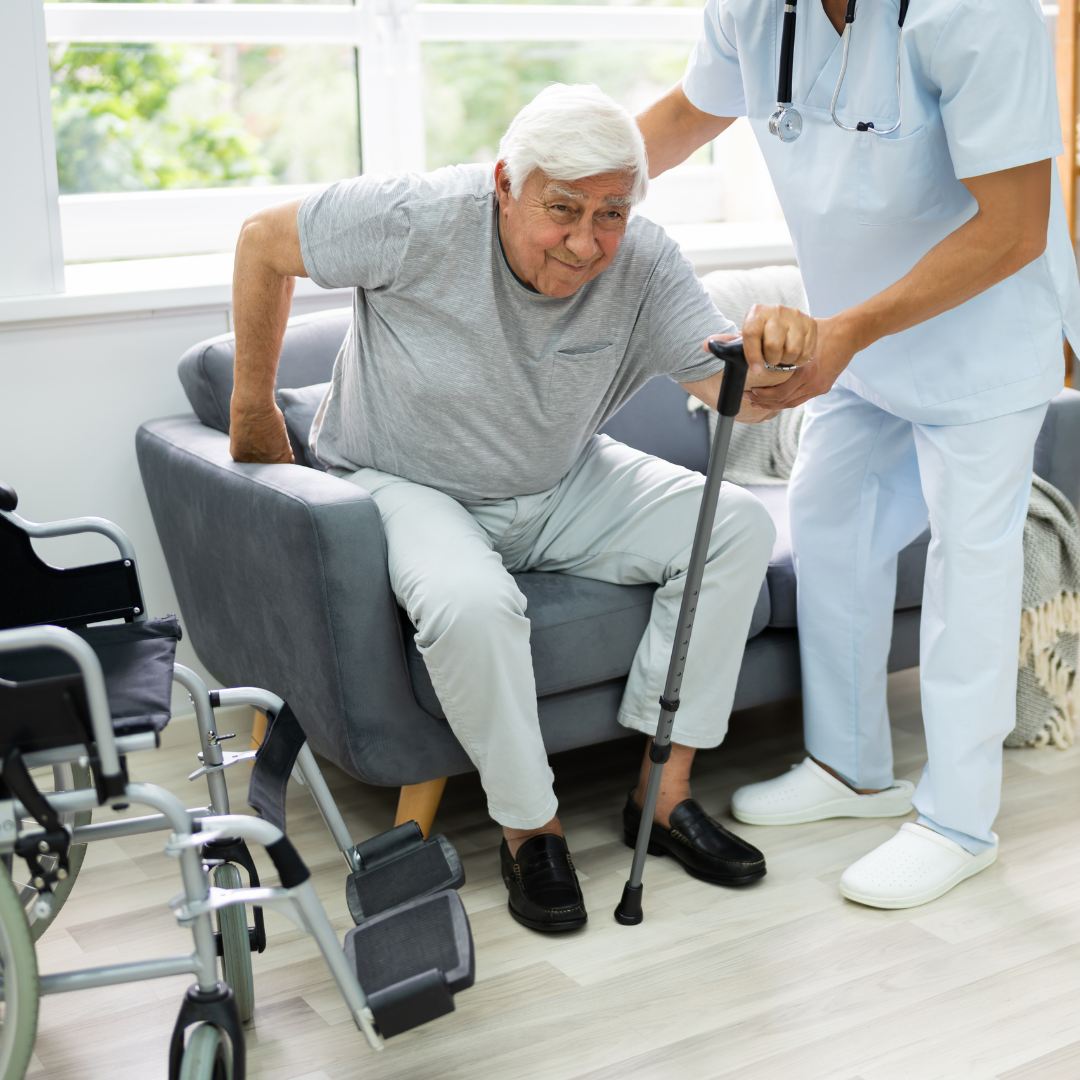 It is the first of April, but this is not an opportunity for me to prank you for comedic effect, it’s actually a serious subject. It has nothing to do with slipping on banana peels or falling over objects placed in front of you with “trip over me” painted on them. So don’t read any humour into this—there isn’t any!

Human Fall incidents are a major cause of injury to seniors and those with severe health conditions. In the US, in 2015, the estimated medical costs attributable to both fatal and nonfatal falls were approximately $50 billion.

The vast majority, over $49 billion, of the costs were for non-fatal falls due to the health care required after suffering a fall. Anything that can reduce the number of falls is beneficial for those that could potentially suffer a fall and helps reduce the associated medical costs. Consequently, there has been much research into the reasons for falls, automatically detecting falls, and the potential for identifying those susceptible to falling. I will concentrate on automatically detecting falls or Human Fall Detection.

What does this have to do with IoT? Simply that Human Fall Detection, just like reading a temperature or detecting a leak, involves sensors that produce data, making the whole infrastructure of IoT relevant to collecting and processing this data.

Having worked on an application used for monitoring health conditions, Human Fall Detection is a subject I have had to read a lot about. As these research programs are medical in nature, they have long names like “An eight-camera fall detection system using human fall pattern recognition via machine learning by a low-cost android box” and “A comparison between heuristic and machine learning techniques in fall detection using Kinect v2”. A cynical view might be that this helps raise the funding for such research.

I have concluded that most academic papers on the subject really miss the point. Much of the research concentrates on either complex optical systems with AI back-ends or 3D accelerometer-with-gyroscope based devices.

I believe that the main point that is missed in these Fall Detection systems is the human part. What humans really want to have arrays of cameras around their house “spying” on the occupants? Or to have complex movement detection devices attached to their bodies? Human Fall Detection needs to be unobtrusive or it simply will not be accepted and used, negating the whole point of using these techniques.

Motion sensors seem a much more acceptable technique to use, but the research programs fixate on impractical solutions. I read a paper that suggested one should strap a bulky detector around the chest, arm, or leg, making the subject look like a cyborg.

While this would be useful for gathering data from the test subject to be able to understand the profile of a fall, humans would not walk around with these things strapped to them.

One object that humans are used to having strapped to them is a watch. A small watch-like device is what is needed, and it must be connected to whatever gathers the data without wires. This makes low-power wireless capabilities, like Bluetooth Low Energy or LoRaWAN, a must.

Without getting too technical, this involves using a Finite State Machine algorithm that looks for changes in the state of the data, say from normal motion to high or low acceleration and then to almost stillness. This is, as it sounds, complicated and somewhat error-prone. The result being a few false positive and false negative detection results. And in fact, there is still some resistance to wearing even something as small as a watch.

There is a new way emerging to handle Human Fall Detection based on the old technology of RADAR, but this time WiFi is used. WiFi signals and how they are reflected and absorbed by objects are used to detect objects in motion and fall. This is relatively unobtrusive as the devices are the size of small WiFi APs. They cannot take pictures, like cameras, so privacy is not an issue, and they can detect fall events in subtle ways such as a human slumping down rather than falling. They can also recognise a subject’s gait—how they are walking—so that falls can even be predicted.

This new approach promises to offer a much more effective solution to better Human Fall Detection.

SOURCE: You can see the full article on Human Fall Detection on Object Spectrum below: 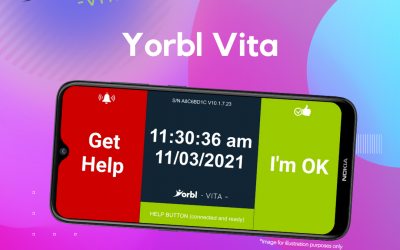 Yorbl Technologies, a leading innovator of digital health and care solutions, announced today that it has completed a... 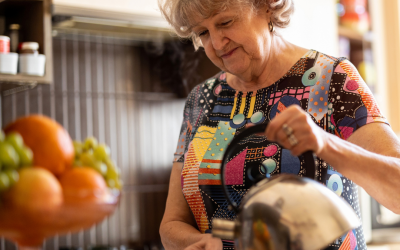 Predicting the future – A vision of Digital Community Living, Health and Care

Getting older can come with all sorts of challenges. There are minor annoyances, such as the various daily aches and pains, and moderate ones, like getting up in the night to visit the bathroom (I know, I am already there!). 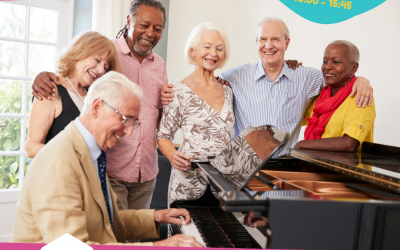 We’re Exhibiting at ‘My Home, My Care, My Way’ Event 28th September

We’re Exhibiting at ‘My Home, My Care, My Way’ Event 28th September.

← Prev: Yorbl Technologies Achieve Quality Assurance Award The Digital Delay - 12th July 2022, 10:00 - 11:30 →
We use cookies on our website to give you the most relevant experience by remembering your preferences and repeat visits. By clicking “Accept All”, you consent to the use of ALL the cookies. However, you may visit "Cookie Settings" to provide a controlled consent.
Cookie SettingsAccept All
Manage consent

This website uses cookies to improve your experience while you navigate through the website. Out of these, the cookies that are categorized as necessary are stored on your browser as they are essential for the working of basic functionalities of the website. We also use third-party cookies that help us analyze and understand how you use this website. These cookies will be stored in your browser only with your consent. You also have the option to opt-out of these cookies. But opting out of some of these cookies may affect your browsing experience.
Necessary Always Enabled
Necessary cookies are absolutely essential for the website to function properly. These cookies ensure basic functionalities and security features of the website, anonymously.
Functional
Functional cookies help to perform certain functionalities like sharing the content of the website on social media platforms, collect feedbacks, and other third-party features.
Performance
Performance cookies are used to understand and analyze the key performance indexes of the website which helps in delivering a better user experience for the visitors.
Analytics
Analytical cookies are used to understand how visitors interact with the website. These cookies help provide information on metrics the number of visitors, bounce rate, traffic source, etc.
Advertisement
Advertisement cookies are used to provide visitors with relevant ads and marketing campaigns. These cookies track visitors across websites and collect information to provide customized ads.
Others
Other uncategorized cookies are those that are being analyzed and have not been classified into a category as yet.
SAVE & ACCEPT